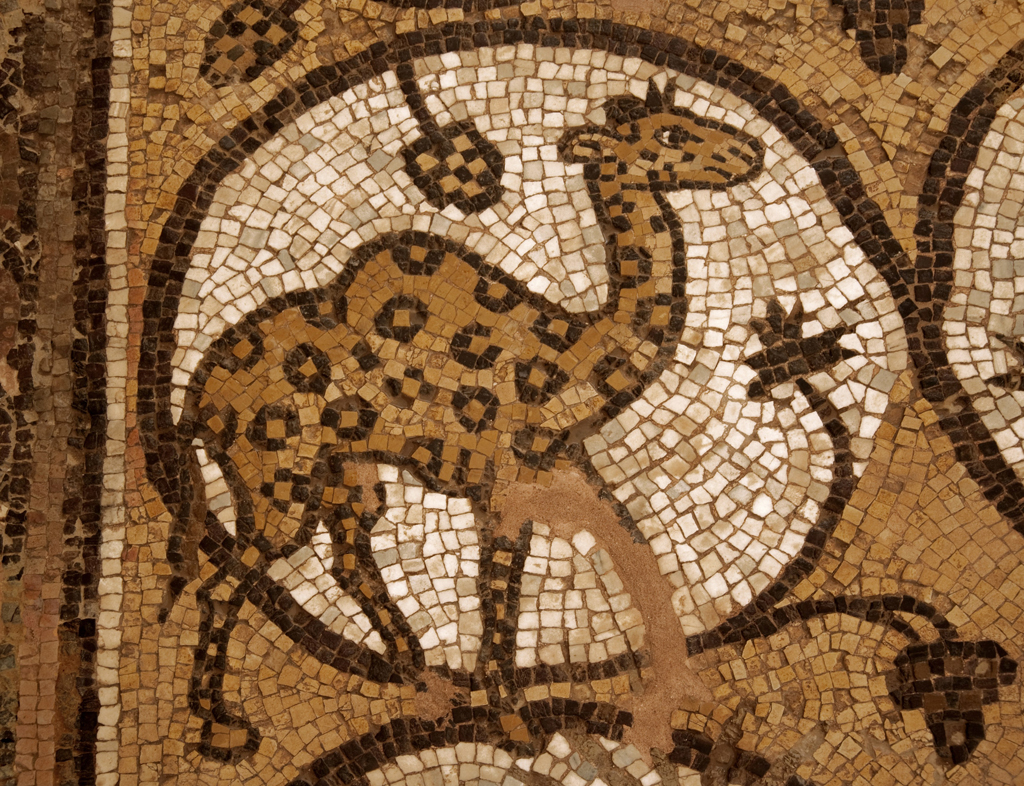 Images of giraffes were rare in classical antiquity, mainly because giraffes were a rare sight indeed. Found in sub-Saharan East Africa, giraffes were first seen in the Mediterranean world in the 3rd century B.C. when they were exhibited in Alexandria, Egypt. Ancient historians and travelers described the giraffe as a “cameleopard” because, with a head and hooves like a camel, and a bespeckled coat like a leopard, it had the unique features of both.

In 46 B.C., Julius Caesar returned from campaigns in Africa. To celebrate his triumph he hosted a multiday festival in Rome. This festival included games, temple dedications, and even a mock naval battle on land. The last day of Caesar’s triumphal spectacle included a parade of elephants (pictured in this print) and allegedly the first giraffe ever to be seen in Rome. Like the elephant, the giraffe was a symbol of exotic locales.

Giraffes were among the rarest of animals to be seen in the Roman world. From Africa, they could only be brought to Rome when very young, and only a few survived. Because of the expense of bringing them to the capital, they were never killed in animal combat, as other exotic animals often were. The exception to this was the fatal blow delivered to a giraffe by the emperor Commodus (r. A.D. 161­–92) infamous for his brutal combats in the arena.

The immense financial and physical cost in bringing giraffes to Rome was so prohibitive that typically only the emperor had the financial backing to undertake such an endeavor. A recent excavation in Pompeii, south of Rome, revealed a baby giraffe bone. It is possible that the giraffe was passing through this port city on its way to Rome, but like so many giraffes, it died in transit.

Because giraffes were brought to Rome as calves and required specialized care, they would have arrived from Africa with their own handler. Considering the size of the giraffe in this mosaic compared to the man, it is likely a baby giraffe. Its handler is depicted with dark skin and a bare chest; his costume would have indicated that he was from Nubia (southern Egypt) for a Roman viewer.

After the capital of the empire shifted to Constantinople in the 4th century A.D., giraffes were no longer exhibited in Rome. During the following centuries, royal menageries were established in Constantinople. In the 11th century, Emperor Constantinus IX (r. 1042–55) received an elephant and giraffe from the caliph of Egypt. Subsequently giraffes were among the types of exotic animals bestowed upon to Byzantine emperors as diplomatic gifts. 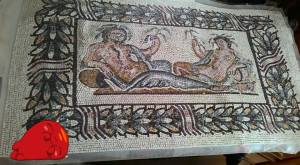 They are on the way

To city of doors 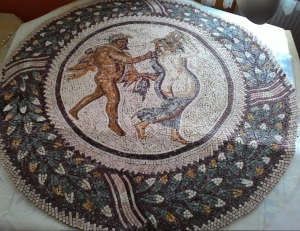 Made for a private house 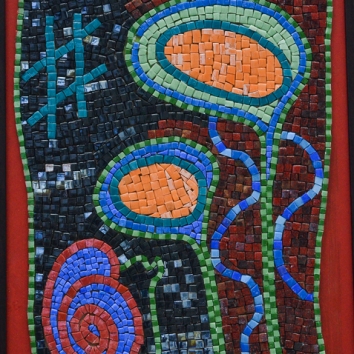 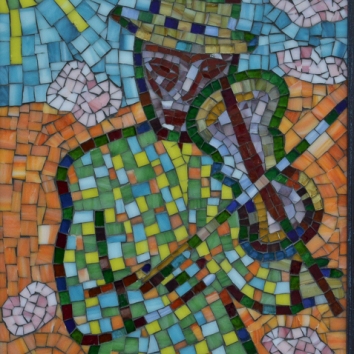 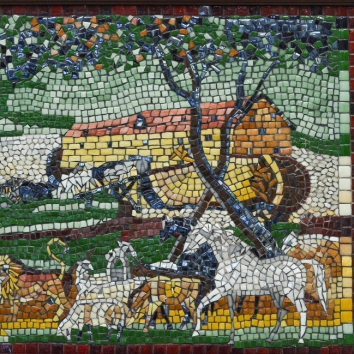 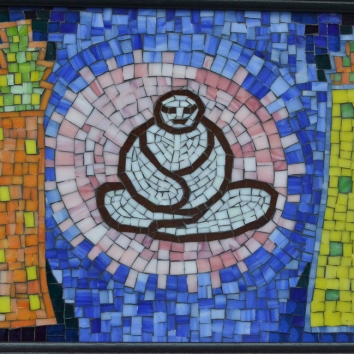